Marine Le Pen has lambasted by her rivals, criticised by leading economists and business leaders, declared public enemy number one by most politicians outside her party and had war declared on her by sextremists Femen.

Yet on Sunday in the first round of the French presidential election somewhere between seven and eight million French people are expected to vote for her as the next president of France.

We asked some of those voters who attended her raucous rally in Paris to tell us why, in just one sentence or two.

"She will change something. We need to give her a chance. She can’t do anything catastrophic. If she doesn’t succeed then we will try someone else," said Francois Glauzy, a chauffeur from the Paris suburb of Bagneux.

"I want her to give a chance to French people above the others and give work to people who need it," said Rosaline Glauzy, also from the Paris suburb of Bagneux.
Grandfather Denis Thierry, a former member of the Communist party from Paris told The Local there must be "national priority" for the French.

"I have grandchildren. They are all on the list for social housing but not one of them has been given lodging. They need to prioritize lodging and jobs for French people."

Student Roxanne Boissel said: "I know a lot of students who don’t have work because those jobs are going to immigrants. France has homeless living in the streets but immigrants are given housing.

"We need to control our borders and our country. France is nothing like it was 20 years ago," said Florence Gerault a teacher from Versailles.

"I will vote Marine Le Pen to stop the rise of Islamic fundamentalism in France more than anything else because it’s a real problem for the country and for all of Europe," said Gregory a civil servant from near Paris. "All those who are considered a danger should be expelled from France." 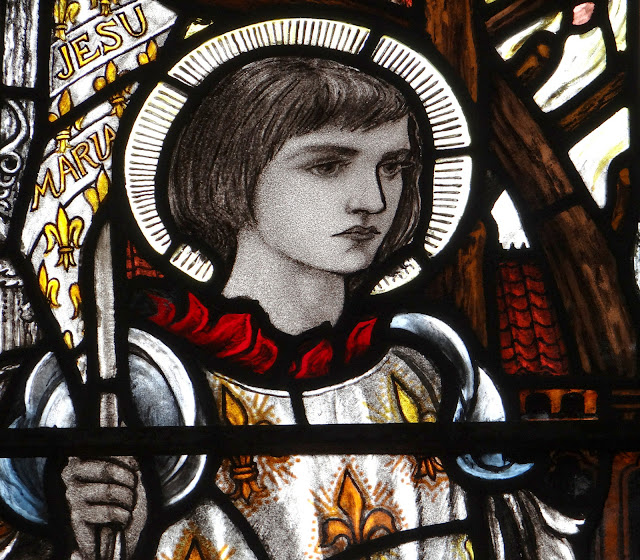 Martine a civil servant who is originally from Guadeloupe said: "I want to feel safe when I leave my house in the morning. Criminals are not punished in this country. If she doesn’t win, I won’t stay in France. I don’t feel safe."

"I’m voting for Le Pen for a return to national sovereignty and a return of power to French people so we are dictated to by Brussels. I want a return to a Europe of nations," said Valentin Manent, aged 28 a stage technician from the city of Orleans.

"In the current economic context immigration is just not sustainable. It causes difficulties in terms of security and needs to be controlled," said 27-year-old Bruno.

"I’ll vote her for social justice. Our elderly people and our handicapped need to be looked after before immigrants are looked after," said 38-year old Jeanne Berullier from Orleans.

Antonio Davisseau, a young student from Toulon in the south of France added: "We have millions of unemployed and homeless people and the government does nothing for these people yet they welcome all the immigrants. Marine Le Pen is the only one who will change things radically."

Kevin, a 25-year-old from Nancy who works in marketing spoke of the immigrant communities in poor housing estates.

"We can’t accept more immigrants, when we can’t assimilate those that are already here," he said. "They live in their own communities and it just encourages integralism."

Veronica Radoux, from suburbs of Paris said: "France cannot take on all the misery in the world. At some point we have to say ‘stop’. Marine Le Pen can change things. She is willing.

Alexandre a 20-year-old student said: "Most of the criminals we have are immigrants and they don't want to be French. They want to keep their own identity."

"Voting for Le Pen is about getting the forgotten France back again," said Quentin a 29-year-old political advisor for the National Front.

"There is a big divide between the big cities in France and the rest of the country. The small places on the outskirts are all having their banks and shops closed down. Some cities and villages are dying. I'm defending these territories. We all are."
Identity

Cyril, an engineer from Paris, said: "There is so much immigration that we are losing our identity. Our principle value is respect and there’s none left."
Elisabeth Lalanne de Haut, a National Front regional councillor from Haute Normandie, said: "There’s only Marine Le Pen who can restore French values and our customs, traditions and our homeland, because certain other candidates don’t like France."

A 60-year-old retired man from Toulouse who gave his name as Jean-Pierre said: "Before, I used to speak to anyone, but I don’t want to speak to people wearing the veil. What would I say to her? I Just want things to be balanced. We are turning into Lebanon."

Valentin Caceres, a 20-year-old student from the greater Paris region of Ile-de-France said: Each country is different. When I go to Morocco or the United States I like to discover new cultures and I want France to keep its own culture. We have the impression that France is no longer France."

"She is the only one who is a patriot and the only one who will defend French values of liberty, egality and fraternity. These are the values of our civilisation of our story, but we are losing them," said retired 61-year-old Christian de la Motte from Paris.

To bring back the franc
"Marine Le Pen is the only one who defend our monetary sovereignty. In this economic crisis France needs to be able to devalue its own currency to boost exports," said 25-year-old Alexis Robert from the Champagne region of eastern France.

All those reasons...
Franz Pfifferling a 30-year-old carer.
"There’s not just one reason to vote for Marine Le Pen, there are many. Everything is linked. Migration, security, the economy. We need to control our borders not close them like 95 percent of all the other countries in the world.