Turkey has threatened to quit a deal with the European Union (EU) to stem the flow of refugees if its citizens are not granted visa-free travel to the 28-nation bloc.

Turkish Foreign Minister Mevlut Cavusoglu told a group of journalists at the southern holiday resort of Antalya on Monday that it was “impossible” for Ankara to meet Brussels’ demands in exchange for visa-free travel to the Schengen zone.
"We have told them 'we are not threatening you' but there's a reality. We have signed two deals with you (the EU) and both are interlinked,” the minister said, stressing, "This is not a threat but what is required from an agreement."

Cavusoglu also went on to say that Turkey will not change its anti-terror laws as one of the 72 conditions demanded by the EU before the visa exemption is approved.

"Which definition are you talking about? Each country in Europe has different terror definitions,” the minister said, noting, "In such a circumstance, it is impossible to change terror laws."

Building on a recent threat by President Recep Tayyip Erdogan, the top Turkish diplomat said Ankara would use “administrative" measures to block the deal if needed.

On May 24, Erdogan said, “If that (the visa exemption) is not what will happen... no decision and no law in the framework of the readmission agreement will come out of the parliament of the Turkish Republic."

Based on the deal, which was struck in March, boat refugees arriving on European soil via the Aegean Sea may be sent back to Turkey. For each refugee returned, the EU will take one Syrian refugee currently living in Turkey.

In return, the EU has made several commitments to Ankara, including financial aid, visa-free travel to the bloc for Turks, and progress in negotiations on its membership to the bloc.

Ankara has insisted that the visa-free travel be made possible by the end of June, but EU authorities have recently given indications to the contrary.
Granting visa waiver to Turkey, a country of 75 million, is highly controversial among EU states where some fear it would open the way for more refugees to the bloc.

The EU leaders are insisting that Turkey meet 72 conditions before the visa exemption is approved, including an end to prosecuting academics and journalists.

The bloc has conditioned meeting its side of the bargain on a whole host of measures by Ankara, including its modifying the country's anti-terror laws.
Last year, over a million refugees entered Europe through Turkey and Greece and then made their way through the Balkans to Germany and other northern member states of the bloc.

The influx of refugees has crippled the bloc, particularly the countries on its external borders.

Russia's got a point: The U.S. broke a NATO promise 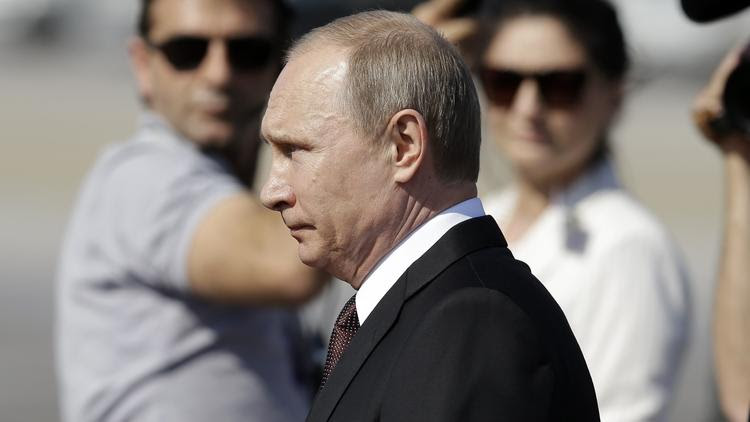 Moscow solidified its hold on Crimea in April, outlawing the Tatar legislature that had opposed Russia’s annexation of the region since 2014. Together with Russian military provocations against NATO forces in and around the Baltic, this move seems to validate the observations of Western analysts who argue that under Vladimir Putin, an increasingly aggressive Russia is determined to dominate its neighbors and menace Europe.

Leaders in Moscow, however, tell a different story. For them, Russia is the aggrieved party. They claim the United States has failed to uphold a promise that NATO would not expand into Eastern Europe, a deal made during the 1990 negotiations between the West and the Soviet Union over German unification. In this view, Russia is being forced to forestall NATO’s eastward march as a matter of self-defense.

The West has vigorously protested that no such deal was ever struck. However, hundreds of memos, meeting minutes and transcripts from U.S. archives indicate otherwise. Although what the documents reveal isn’t enough to make Putin a saint, it suggests that the diagnosis of Russian predation isn’t entirely fair. Europe’s stability may depend just as much on the West’s willingness to reassure Russia about NATO’s limits as on deterring Moscow’s adventurism.

After the Berlin Wall fell, Europe’s regional order hinged on the question of whether a reunified Germany would be aligned with the United States (and NATO), the Soviet Union (and the Warsaw Pact) or neither. Policymakers in the George H.W. Bush administration decided in early 1990 that NATO should include the reconstituted German republic.


In early February 1990, U.S. leaders made the Soviets an offer. According to transcripts of meetings in Moscow on Feb. 9, then-Secretary of State James Baker suggested that in exchange for cooperation on Germany, U.S. could make “iron-clad guarantees” that NATO would not expand “one inch eastward.” Less than a week later, Soviet President Mikhail Gorbachev agreed to begin reunification talks. No formal deal was struck, but from all the evidence, the quid pro quo was clear: Gorbachev acceded to Germany’s western alignment and the U.S. would limit NATO’s expansion.

Nevertheless, great powers rarely tie their own hands. In internal memorandums and notes, U.S. policymakers soon realized that ruling out NATO’s expansion might not be in the best interests of the United States. By late February, Bush and his advisers had decided to leave the door open.

After discussing the issue with West German Chancellor Helmut Kohl on February 24-25, the U.S. gave the former East Germany “special military status,” limiting what NATO forces could be stationed there in deference to the Soviet Union. Beyond that, however, talk of proscribing NATO’s reach dropped out of the diplomatic conversation. Indeed, by March 1990, State Department officials were advising Baker that NATO could help organize Eastern Europe in the U.S. orbit; by October, U.S. policymakers were contemplating whether and when (as a National Security Council memo put it) to “signal to the new democracies of Eastern Europe NATO’s readiness to contemplate their future membership.”
At the same time, however, it appears the Americans still were trying to convince the Russians that their concerns about NATO would be respected. Baker pledged in Moscow on May 18, 1990, that the United States would cooperate with the Soviet Union in the “development of a new Europe.” And in June, per talking points prepared by the NSC, Bush was telling Soviet leaders that the United States sought “a new, inclusive Europe.”
It’s therefore not surprising that Russia was incensed when Poland, Hungary, the Czech Republic, the Baltic states and others were ushered into NATO membership starting in the mid-1990s. Boris Yeltsin, Dmitry Medvedev and Gorbachev himself protested through both public and private channels that U.S. leaders had violated the non-expansion arrangement. As NATO began looking even further eastward, to Ukraine and Georgia, protests turned to outright aggression and saber-rattling.
NATO’S widening umbrella doesn’t justify Putin’s bellicosity or his incursions in Ukraine or Georgia. Still, the evidence suggests that Russia’s protests have merit and that U.S. policy has contributed to current tensions in Europe.
In less than two months, Western heads of state will gather in Warsaw for a NATO summit. Discussions will undoubtedly focus on efforts to contain and deter Russian adventurism — including increasing NATO deployments in Eastern Europe and deepening NATO’s ties to Ukraine and Georgia. Such moves, however, will only reinforce the Russian narrative of U.S. duplicity. Instead, addressing a major source of Russian anxieties by taking future NATO expansion off the table could help dampen Russia-Western hostilities.
Just as a pledge not to expand NATO in 1990 helped end the Cold War, so too may a pledge today help resuscitate the U.S.-Russian relationship.
Joshua R. Itzkowitz Shifrinson is an international security fellow at Dartmouth College and assistant professor at the Bush School of Government, Texas A&M University. His article, "Deal or No Deal? The End of the Cold War and the U.S. Offer to Limit NATO Expansion" was published in the spring issue of International Security.
Posted by Deuce ☂ at 5/30/2016 09:42:00 AM