Obama has a new jobs program: Carefully identify all white workers in the federal work force, and reduce their numbers by replacing them with people who Obama prefers to be employed, and that is those with darker skin. After statistical analysis Obama has carefully categorized the melamine content of all federal workers. The data shows  that Whites still have  81 percent of senior pay-level positions. How the fuck did that happen? Surely the government didn't have people employed because they are competent. The government simply has too many white people. This truly troubles The First Hoopster and he will do something about it. Obama will now engage in a federal ethnic cleansing of all these troubling excess white workers.

Obama is disturbed by all those white faces and and has recognized the urgency to cleanse the federal workforce of excess whites. The process is to begin in 90 days. The white problem is now a top priority of what used to be your federal government. Obama will not rest until the White Problem is solved. 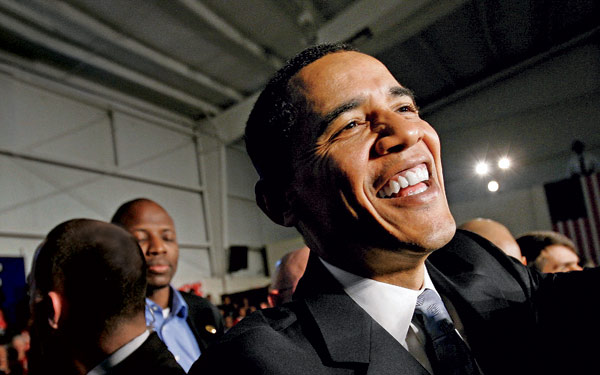 The long-awaited executive order directs a group of high-ranking officials to create a government-wide plan, followed by specific plans in each agency. It marks the highest-profile response to a problem that has been on the administration’s radar: Whites still hold more than 81 percent of senior pay-level positions.

“The federal government has a special opportunity to lead by example,” John Berry, director of the Office of Personnel Management, said in a conference call. “We will only succeed in our critical mission with a workforce that hails from, represents and is connected to the needs of every American community.”

The order creates a framework, but the details have not been worked out. Instead of creating a new administrative body, as with Obama’s 2009 executive order on veterans’ employment, this initiative will look to a council of deputy agency chiefs. OPM, the Office of Management and Budget and the U.S. Equal Employment Opportunity Commission will participate.

That group will be responsible for creating a government-wide plan within 90 days. According to the order, after that plan is released, each agency must present its own specific diversity plan within 120 days. The efforts must reflect initiatives on a number of fronts, including recruitment, training and promotion.

Berry said that the executive order elevates the issue of diversity to a level of attention that will prevent this initiative from falling by the wayside, as other efforts have. “Rather than create a new structure, the president has built upon an existing structure at the very highest level that will get attention and scrutiny,” he said.

Officials did not commit to specific goals or measures, which they said will vary by agency.

“We are trying to say that this is something that should be folded into and a part of everything you do,” Deputy Director Christine Griffin said.

At an EEOC conference in Baltimore this week, the commission and OPM released a joint memorandum vowing “the most rigorous possible enforcement” of equal-pay laws for federal employees. The memo noted that while the gender pay gap had fallen from 28 cents on the dollar in 1987, it still stood at 11 cents in 2007.

Increasing workplace diversity has been among Berry’s top three long-term goals — alongside controlling health-care costs and improving the federal pay system — since he took office in 2009.
Posted by Deuce ☂ at 8/19/2011 04:35:00 AM