Marching on : The US Monster Surveillance State - Spying on All Americans While Ignorning the Fountainhead of Terror, Saudi Arabia 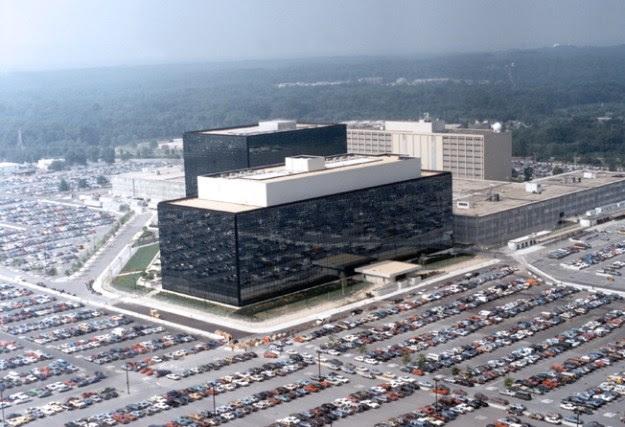 Are you looking for ways to protect your privacy while browsing the web? Are you trying to learn how to use Tor, the browser that anonymizes your Internet traffic? Are you interested in ditching Windows for something that’s more privacy-friendly? The good news is that there are ways to do that. The bad news is that this sort of online behavior apparently triggers NSA spying, especially if you’re a foreigner.

A report from German site Tagesshau reveals that the NSA has a computer system dedicated to accessing Tor called XKeyscore. The NSA apparently digs for “deep-packet inspection” Internet users located outside of the U.S., Canada, the U.K. and other countries that comprise the Five Eyes countries that work with the NSA on surveillance programs.

Hating Windows is apparently another infraction that will get you on the short list, especially if you’re looking to install the Tails operating system, which is generally used by people looking to guard their privacy.

Reporting on Tagesshau’s findings, Boing Boing speculates that the NSA and its partners might be using these simple mass surveillance spying practices to divide Internet users into two principal categories: Those who don’t care about guarding their privacy online, and those who use services like Tor, Tails and others.

It appears that even looking for information about Tor and Tails – and potentially reading this post – will get you fingerprinted.

“I have known that this story was coming for some time now, having learned about its broad contours under embargo from a trusted source,” Boing Boing writes. “Since then, I’ve discussed it in confidence with some of the technical experts who have worked on the full set of Snowden docs, and they were as shocked as I was.

“One expert suggested that the NSA’s intention here was to separate the sheep from the goats – to split the entire population of the Internet into ‘people who have the technical know-how to be private’ and ‘people who don’t’ and then capture all the communications from the first group,” the site continues.

It’s believed that details about this NSA operation may come from a second source other than Snowden, although it’s not clear who that person is.

Even though it might sound scary to the regular user looking for online data protection, the NSA’s thinking isn’t illogical. It makes perfect sense to want to know who’s looking to hide their online activity behind things like Tor and Tails because some of the people who do it are indeed up to no good. They’re not reporters looking to protect their sources, and they’re not living in oppressed countries. Some of them are the bad guys the NSA is trying to catch, and bad guys will almost certainly want to protect all online activity with the help of these encrypted technologies.