Time to Buy a Real Hat 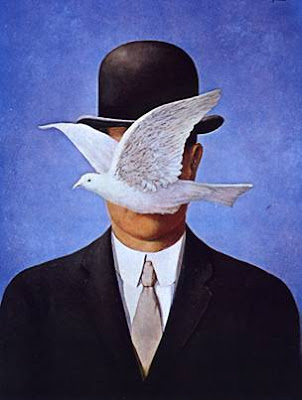 From the Telegraph ...more men should wear proper hats with pride, including trilbies, pork pie hats, bowlers, flat caps and fedoras. British men might once have had famously stiff upper lips, but they spoke using their hats: they doffed them, tipped them, and threw them high in the air to indicate happiness. When respectable hats fell from fashion, our men were cruelly deprived of a dignified public language, and condemned to the folly of the American baseball cap, which can make middle-aged men look silly Ironically, it is the popularity of Don Draper, the trilby-wearing character from the American series Mad Men, that may help to re-establish the quality hat in the UK. Modern men are often naturally drawn to hats, but fearful of ridicule. Take the plunge, and you won’t look back.
Posted by Deuce ☂ at 12/28/2010 02:10:00 AM