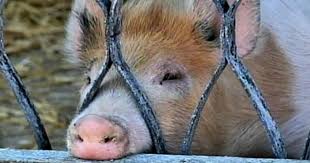 Michelle Wolf, who many people have never even heard of, had the audacity to name-call Sarah Sanders at tonight’s #WHCD. While she thinks it’s funny now, I don’t think she will be laughing in the future. Sarah Sanders is not to be underestimated.

“I love you as Aunt Lydia in The Handmaid’s Tale, she began, comparing her appearance to a bossy older woman on that show.
Wolf added that she was not sure whether Sanders was going to divide the reporters into softball teams, or tell a “bunch of lies,” or a give a press briefing.
“I actually really like Sarah. I think she’s very resourceful. Like she burns facts and then she uses that ash to create a perfect smokey eye,” she said. “Like maybe she’s born with it, maybe it’s lice … It’s probably lice.”
Wolf told the audience that she wasn’t sure what to call Sanders, questioning whether she should call her “Aunty Huckabee Sanders” or “Cousin Huckabee.”
“What is Uncle Tom, but for white women who disappoint other white women?” she asked. “I know. Aunty Coulter.”
The audience in the room was noticeably uncomfortable as Sanders sat at the head table without smiling.


Some White House staffers at the dinner walked out, and some even shared their disgust at the comedy routine on Twitter.
Wolf also mocked Ivanka Trump as “about as helpful to women as an empty box of tampons.”
“Ivanka cleans up nice. She’s the diaper genie of the administration. On the outside, she looks sleek, but the inside, it’s still full of shit,” she said.
Wolf said that the media should stop putting Kellyanne Conway on their news channels.
“If a tree falls in the woods, how do we get Kellyanne under that tree?” she asked. “I’m not suggesting she gets hurt. Just stuck. Stuck under a tree.”
Former White House staffers who attended the dinner also tweeted out messages of disgust:
REINCE PRIEBUS
An R/X rated spectacle that started poorly and ended up in the bottom of the canyon. Another victory for @realDonaldTrump for not attending and proving his point once again. The room was uncomfortable. Trump lovers and even a large number of Trump haters were pretty miserable.