The veil drops to expose the gross duplicity, not to say stupidity, of Washington’s alliances in the Middle East


He’s made the Middle East worse: Let’s be honest, Obama bears as much responsibility for this mess as predecessors who shaped them

Decades of poorly concocted policies with Iran, Saudi Arabia, Iraq and others haunt us -- and worsen every day 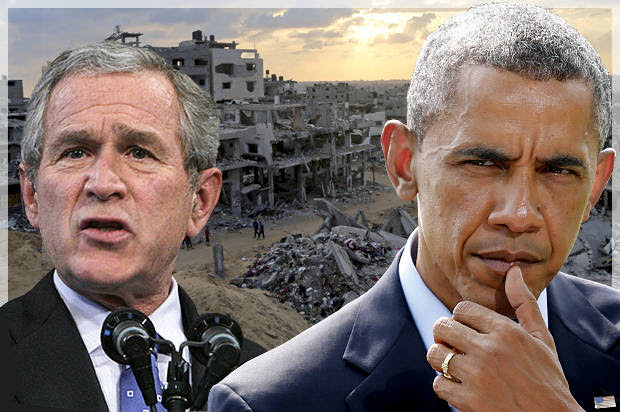 “Vehicles, carrying oil, [are] lined up in a chain going beyond the horizon,” Putin asserted . “Day and night they are going to Turkey. Trucks always go there loaded, and back from there—empty. We are talking about a commercial-scale supply of oil from the occupied Syrian territories seized by terrorists. It is from these areas and not any others. And we can see it from the air, where these vehicles are going.”

Other reports alleged that this activity is not the doing merely of middlemen operating on the Turkish-Syrian border. Russian Prime Minister Dmitry Medvedev alleged “direct financial interest of some Turkish officials relating to the supply of oil products refined by plants controlled by ISIS.” It soon emerged that the chain of beneficiaries may well run up to the presidential palace by way of Erdoğan’s son and son-in-law: Between them, they run Turkey’s largest energy-trading company and the energy ministry.
There is no need to take the Russians’ word for this, although I find the evidence presented in Moscow persuasive, and the activities of Erdoğan’s family members are a matter of record. David Cohen, Treasury’s undersecretary for financial intelligence, had already made the Russian case in October—a month before the matter got as hot. Cohen put the Islamic State’s income from oil sold directly or indirectly into Turkey at $1 million a day.
A few days after the incident, I had a lengthy note from a very well-placed source with extensive interests in, and therefore knowledge of, European investment and commodity markets. What he or she wrote fits like a glove with what had then begun to emerge. Here is some of it, in the form it arrived. The oil prices stated obtained at the time:

For more than 2 yrs I have heard from contacts in Turk,—contacts among people who would know about such things—that the oil was delivered to the Turks and that it was then run through the system, with some of it entering the pipeline which carries crude to the Medit coast for then delivery to W. Europe…  I am told that there is a handsome profit of around 15$/bar on this—that is, for example, they buy it from Daesh [the Islamic State] through middlemen at a discount of 30$ and then, “cleaned,” it hits world markets at 45$….  The trade runs on the basis of this 15$ spread. If it is, say 25K bar/day, that = 136M$ for yr (15x25Kx365). So it is not just small change. I understand that the money goes through Turk and Qatari banks. Once the oil is “cleaned,” they don’t even need to launder it through Qatari banks, or any other banks. I further hear that much of the proceeds are then recycled into real estate in W. Europe. So if you are draining off 136M$/yr and, say, you leverage that 2:1, as is typical for commercial real estate, that would mean that after 3 yrs, you are running a 1.2B$ real estate portfolio….