Who is the early enemy of ISIS? Hizbullah :: Who was behind ISIS and supported it? - Saudi Arabia and others 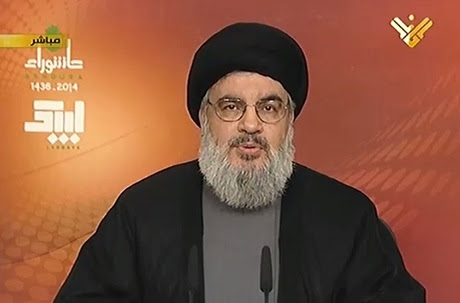 Hizbullah chief Sayyed Hassan Nasrallah said Monday that Saudi Arabia must shoulder a bigger responsibility in the fight against the extremist ideology of the Islamic State group, noting that military efforts alone cannot eradicate the jihadist organization.
“Nowadays, the prime responsibility in the Islamic world for stopping the proliferation of this ideology falls on the Kingdom of Saudi Arabia,” Nasrallah said in a televised speech.
“It is not enough to create an international coalition and bring the armies of the world to fight ISIL (Islamic State). My remarks are addressed to everyone: close the schools that are educating the followers of this ISIL ideology … and stop labeling people as polytheists for the most trivial reasons,” Nasrallah added.
In June, the IS declared an "Islamic caliphate" straddling vast swathes of Iraq and Syria, ordering Muslims worldwide to pledge allegiance to their chief Abu Bakr al-Baghdadi.
The U.S. has formed a coalition of Western and Arab allies to battle IS, which has been accused of widespread atrocities in Iraq and Syria, including mass executions, beheadings, rape, torture and selling women and children into slavery.
Y.R.
Posted by Deuce ☂ at 1/13/2015 02:08:00 AM