Hillary Clinton’s Wars: Five years after the start of Syria’s tragedy – and within six months of this, remember, the regime itself trembled and the Western powers, flush with dangerous pride after destroying Gaddafi, predicted the imminent fall of the Assad dynasty

Foreign policy is an incredibly important part of any administration; while the Democratic primary has been focused mostly on domestic issues, there are pressing global issues unfolding. Presidential hopeful, Hillary Clinton, has been touting her diplomatic expertise as a former Secretary of State to bolster her resume as she introduces her vision to the American people. Clinton has been boasting about her support for the Syrian opposition in the past, her visceral hatred for President Assad, and promoting a no-fly zone. However, this very same chain of events happened in both Libya and Iraq (both of which Clinton supported) with total disasters following. Her policies are not too different from the neo-conservatives she claims to oppose. MORE HERE
https://www.almasdarnews.com/article/30011/ | Al-Masdar News

Five years ago, we were high on Arab revolutions, and journalists were growing used to 'liberating' Arab capitals

Just before I left Syria last month, a tall and eloquent Franco-Lebanese man walked up to me in a Damascus coffee shop and introduced himself as President Bashar al-Assad’s architect. It was his task, he led me to understand, to design the reconstructed cities of Syria.

Who would have believed it? Five years after the start of Syria’s tragedy – and within six months of this, remember, the regime itself trembled and the Western powers, flush with dangerous pride after destroying Gaddafi, predicted the imminent fall of the Assad dynasty – the Syrian government is preparing to rebuild its towns and cities.

It’s worth taking that embarrassing trip down memory lane to the early spring and summer of 2011. The US and French ambassadors visited Homs to sit amid tens of thousands of peaceful demonstrators calling for the overthrow of the Assad government. EU diplomats were telling the political opposition not to negotiate with Assad – a fatal mistake, since the advice was based on the false assumption that he was about to be overthrown – and journalists were gathering with rebels in eastern Aleppo for the inevitable march of liberation on Damascus.

The Assad regime, came the message from the Washington think-tanks and mountebank “experts”, had reached – a cliché we should all beware of – the “tipping point”. La Clinton announced that Assad “had to go”. French Foreign Minister Laurent Fabius declared that Assad “did not deserve to live on this planet” – although he failed to name the galaxy to which the Syrian President might retire. And I complied with an Independent request to write Assad’s obituary – for future use, you understand – and still it moulders in the paper’s archives.

Looking back, it’s not difficult to see where we all got it wrong. We were high on Arab revolutions – Tunisia, then Egypt and then Libya – and journalists were growing used to “liberating” Arab capitals. We forgot that their dictators were all Sunni Muslims, that they had no regional super-power support – the Saudis could not save Hosni Mubarak in Egypt but Shia Iran was not going to allow its only Arab ally, Alawite-Shia-led Syria, to fall. At first, the Syrian Baath party and the regime’s internal security agents behaved with their usual inane brutality. Teenagers who wrote anti-Assad graffiti on the walls of Deraa were tortured, the local tribal leaders abused – and a deputy minister dispatched to apologise for the government’s “errors”. But torture was so much an instrument of state power that the intelligence apparatus knew no other way to resolve this unprecedented challenge to the regime’s authority.

The government army was ordered to shoot down demonstrators. Hence the brief but ultimately hopeless dawn of the “Free Syrian Army”, many of them deserters who are now slowly returning to the ranks or drifting off home with the regime’s tacit permission. But there were signs from the very start that armed groups were involved in this latest manifestation of the Arab awakening.

In May 2011, an Al Jazeera crew filmed armed men shooting at Syrian troops a few hundred metres from the northern border with Lebanon but the channel declined to air the footage, which their reporter later showed to me. A Syrian television crew, working for the government, produced a tape showing men with pistols and Kalashnikovs in a Deraa demonstration in the very early days of the “rising”. 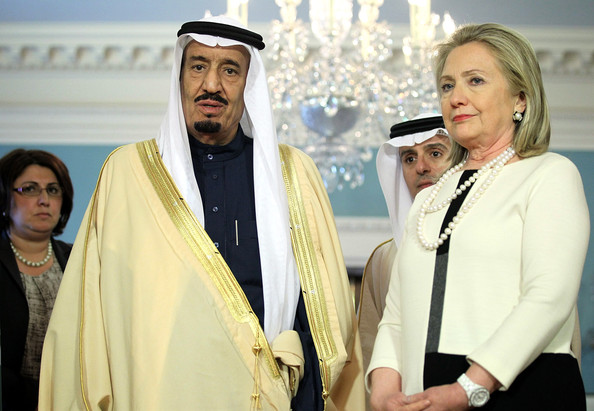 This did not prove the Gulf-Turkish “terrorist conspiracy” which the Syrian regime now “revealed” to the world. But it did demonstrate that from the start – when ordinary Syrian families felt it necessary to defend their families with firearms – guns were available to the opposition. And once the government’s own loyal militias were given free rein to attack the regime’s enemies, the massacres began. In one Sunni village east of Latakia, a Western news agency reporter discovered that almost every civilian had been slaughtered.

The Assad regime, came the message from the Washington think-tanks and mountebank “experts”, had reached – a cliché we should all beware of – the “tipping point”

The sectarian nature of Middle East civil wars has always been manipulated. For 100 years, the West has used the confessional nature of society in the region to set up “national” governments which were, by nature, sectarian – in Palestine after the 1914-18 war, in Cyprus, in Lebanon, in Syria – where the French used Alawites as their “force speciale” – and, after 2003, in Iraq. This not only allowed us to portray Middle Eastern people as essentially sectarian in nature but permitted us to forget the degree to which minorities would naturally lend their support to local dictators – not least the Christians (Maronites, Orthodox, Armenian Catholic, Melkite, and so on) of Syria.

And by constantly reminding readers and viewers of the Alawite “domination” of Assad, we journalists ourselves fell victim to our own reporting. We forgot – or did not care – that perhaps 80 per cent of the Syrian government army were Sunni Muslims who would, over the next four years, be fighting their co-religionists in the opposition militias and – by 2014 – struggling against them in the al-Qaeda/Nusra alliance and in Isis. 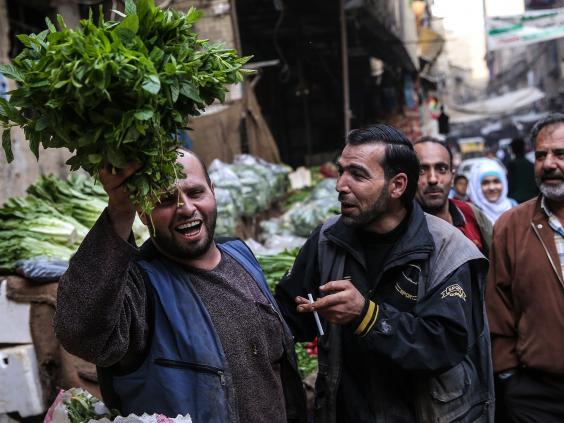 In Lebanon, the Syrian army was a deeply corrupting influence, its soldiers indisciplined, its officers often involved in dodgy business and real estate deals. But the Syrian army that found itself fighting for its life after 2012, especially when the Nusra and Isis suicide squads began to cut into their ranks – ritually chopping off the heads of their military prisoners by the dozen – became a different creature.

As ruthless as ever, its soldiers fought to survive – I suspect they even began to like fighting – and many of their frontline generals, when I met them, turned out to be Sunni Muslims as well as Alawites. In other words, the real backbone of the one institution which could save the Syrian state – was not an Alawite-Christian alliance but a Sunni-Alawite-Christian military force – out-gunned and out-manned after 60,000 dead, to be sure, but still capable of holding the line if it was reinforced with new armour and air power.

Enter Vladimir Putin. The Syrians within Assad’s current frontiers – less than half of the land mass, but including well over 60 per cent of the Syrian people – have adopted a phlegmatic approach to the Russians. Their Sukhoi jets strike at villages and towns beyond the front line – and Moscow has adopted exactly the same tactic of denying civilian casualties in air strikes that the Americans and British and French have for so long been using in their own “anti-terror” war in Syria and Iraq.

All civil wars generate their own special propaganda. When the Sunnis of Madaya were starving under siege by Syrian troops, the fact that their village was held by armed opposition groups was largely deleted from our stories. When Shia villages like Zahra and Nubl, both defended by government militiamen, were besieged by al-Nusra for three-and-a-half years, their “liberation” was scarcely mentioned.
Questions over Syrian Kurds' links to Assad and Russia
And then there are the “red lines”. Assad used gas on his own people in Damascus, we all believe – after all, the UN report said so. But in fact the UN conclusions did not say that. This does not mean that the Syrian government did not use gas, or would not be prepared to use gas – there are no “good guys” in civil wars – but that UN proof was ultimately lacking.

Today, there are only two serious military forces with “boots on the ground” to fight Isis and al-Nusra and the other Islamist gangs: the Kurds and the Syrian army. And the latter, reinforced by Russian air power, are now – for the moment at least – winning. I’ve even seen a new poster on the streets of Syrian cities. It shows Bashar al-Assad and, right alongside him, the face of Colonel Suheil al-Hassan, the “Tiger” as the army call him, the country’s most successful military commander, the “Rommel” of Syria.

He is also a ruthless man – I’ve met him – but now we find his image, that of a Syrian officer, alongside that of Assad. We should pay attention to these phenomena. The army expresses its loyalty for Assad. But, every time Assad speaks, he shrewdly begins with praise for the “martyrs” of the Syrian army.
Is that why French and American intelligence officers are now reaching out again – from Beirut, of course – to their former contacts in the Syrian intelligence service? Is that why US Secretary of State John Kerry now suggests that the Americans may talk to Assad again?