Culture Wars: First They came for Confederate Memorials , Now Washington is in Their Crosshairs, Christ Will be Next 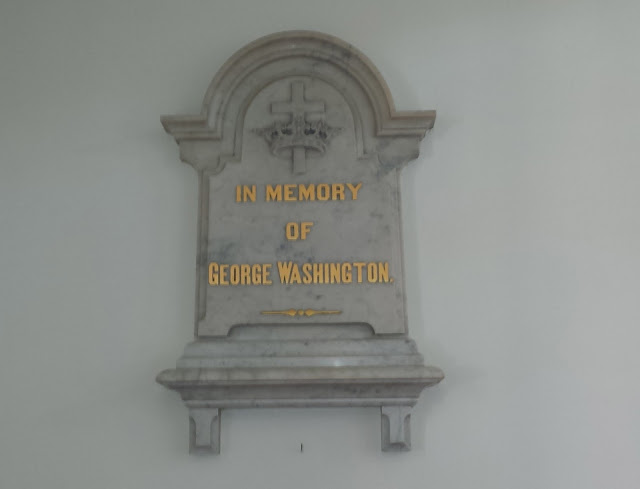 Washington, Lee memorials to be removed from church sanctuary in effort to be 'welcoming' to all - Washington Times

An historic Episcopal parish where George Washington frequently worshiped has decided to remove a memorial plaque honoring the nation’s first president, saying the decision was out of a desire to provide a “welcoming” worship space for all visitors. The church will also remove a similar memorial plague honoring Robert E. Lee, the commander of Confederate Army of Northern Virginia.

The vestry of Christ Church in Alexandria, Virginia, announced its unanimous decision in an Oct. 26 letter, The Republican Standard website reported Thursday. The letter suggests that while initially the concern was over honoring the Confederate military leader, Washington’s slave ownership was a factor in the decision to remove his plaque as well.

“We understand that both Washington and Lee lived in times much different than our own, and that each man, in addition to his public persona, was a complicated human being, and like all of us, a child of God,” Christ Church’s vestry said.

“Today, the legacy of slavery and of the Confederacy is understood differently than it was in 1870. For some, Lee symbolizes the attempt to overthrow the Union and to preserve slavery. Today our country is trying once again to come to grips with the history of slavery and the subsequent disenfranchisement of people of color.
“… Many in our congregation feel a strong need for the church to stand clearly on the side of ‘All are welcome — no exceptions,’ ” the letter continued. “Because the sanctuary is a worship space, not a museum, there is no appropriate way to inform visitors about the history of the plaques or to provide additional context except for the in-person tours provided by our docents.

“The Vestry believes that the memorial plaques to George Washington and Robert E. Lee should be considered together. The plaques were erected at the same time. They visually balance each other, maintaining the symmetry of our sanctuary. The men they memorialize are giants in our nation’s history and were members of this parish,” the vestry said. “Robert E. Lee has taken on outsized symbolism in the national conversation about race and inclusion.”

According to photos of the church available online, the identically designed plaques adorn the wall at the front of the sanctuary — Washington’s on the left side, Lee’s on the right. Each plaque shows an image of a cross and crown and reads “In Memory Of” preceding their respective names. Neither man’s military or political accomplishments are listed on the memorial plaques, which appear to be carved on marble and overlaid with gold paint.

“It is important to understand that the plaques will not be moved to a storage area,” the vestry noted in its letter. “Rather, they will remain in the church until they can be relocated to a place of respectful prominence where they will be fully visible to parishioners and tourists alike. And ultimately, they will be incorporated into a more complete presentation of our long and many-faceted history.”

Founded in 1773, Christ Church is nearing its 250th anniversary year, the vestry said, and the relocation of the memorial markers was just “the beginning” of a larger effort to “take ownership of our history,” perhaps with “a museum or interpretive center” on the grounds to better serve tourists and history buffs.
Read the full Christ Church vestry letter by clicking here.